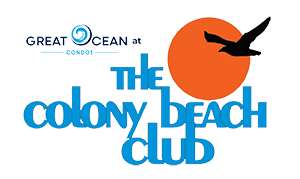 Also called “The Great American Music Fest at Daytona,” the Country 500 festival will feature the biggest stars in country music spread over three days and nights, programmed on three huge performance stages-all specially designed and built for the festival. Country 500 will take place on the infield of the world-famous Daytona International Speedway, a historic mega-music festival inside the hallowed grounds of one of the most iconic motorsports venues in America.

Just as it is for the great races at the Speedway, Country 500 will allow fans to actually camp out in the infield, literally inside the festival. A full-range of camping opportunities is available for virtually any budget, from pitching a tent to deluxe RV locations. Fans at the festival will also have the opportunity to get up close and personal with some of their favorite country stars at artist meet-and-greets located throughout pit road and the garages.

Information on next year’s music lineup, tickets and camping and renewals will be announced in the coming weeks.  Fans should stay connected with Country 500 music festival on Facebook, at Country500.com and #Country500 on Twitter to get the latest information on the event as it becomes available

Things to Do
Getting Here

Who We Are
Career Opportunities